Walking around the West End is like going back in time to the golden age of the railway and industry. The red brick buildings give it an interesting industrial Victorian air. After suffering economic decline in the first part of the 20th century, these factories and warehouses were refurbished into restaurants, offices, and shops. Thus, the West End became a tourist attraction. 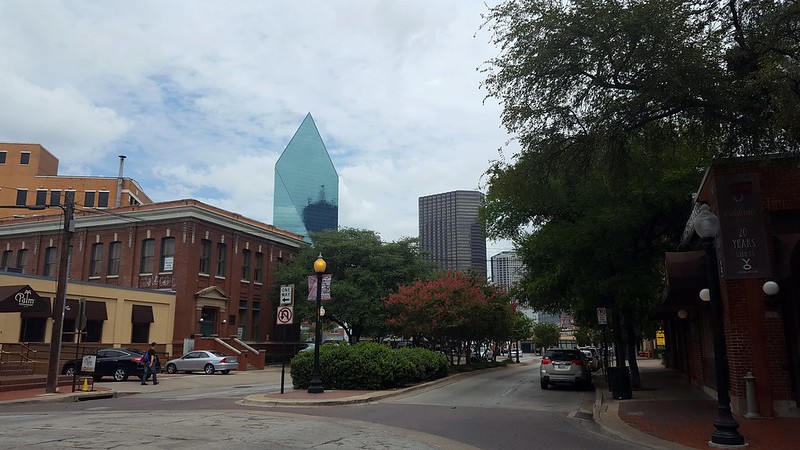 Despite its touristy vibe, I do enjoy walking around the West End, admiring the constructions and the faded old ads painted on the walls. Every so often, we eat at Y.O. Ranch, a very Texan steakhouse decorated with big leather chairs, light fixtures made of antlers and stuffed animals, my least favourite bit of décor but part of the culture. 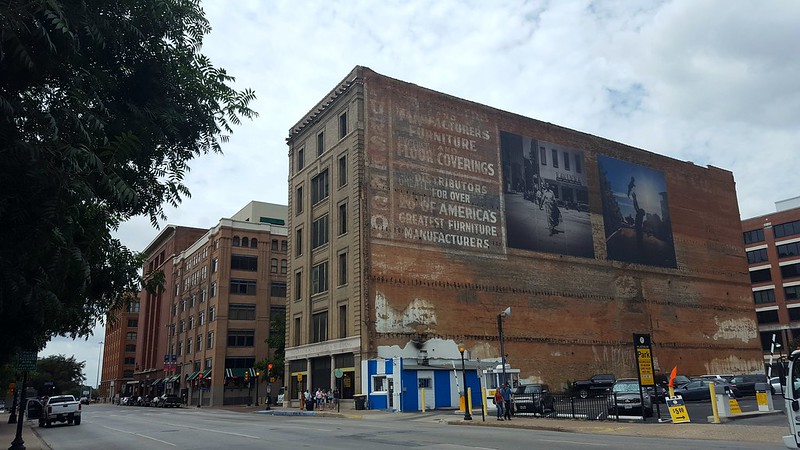 What’s to see in the West End?

As well as eating, you can shop for Western wear, cowboy boots, hats and jewelry at Wild Bill’s Western Wear and have your picture taken with the B G sign outside. 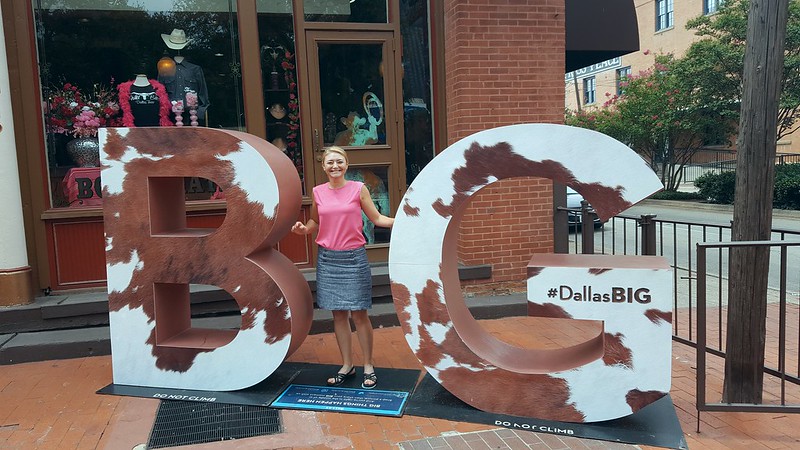 There are a few museums: the 6th Floor Museum is dedicated to all things JFK and the Grassy Knoll, where he was shot, the Old Red is the city of Dallas museum and the Holocaust Museum, which I haven’t had the courage to visit yet. The Kennedy Memorial is located behind the Old Red.

In the 1840s, the Tennessee lawyer John Neely Bryan bought this land from the Caddo Indians and built a log cabin. A replica of this cabin is located at one end of the square on Market and Elm. Later, the area became a trading post and the town developed around it. The arrival of the Houston & Central Texas Railroad in 1872 attracted manufacturing companies, which built the warehouses we see today. 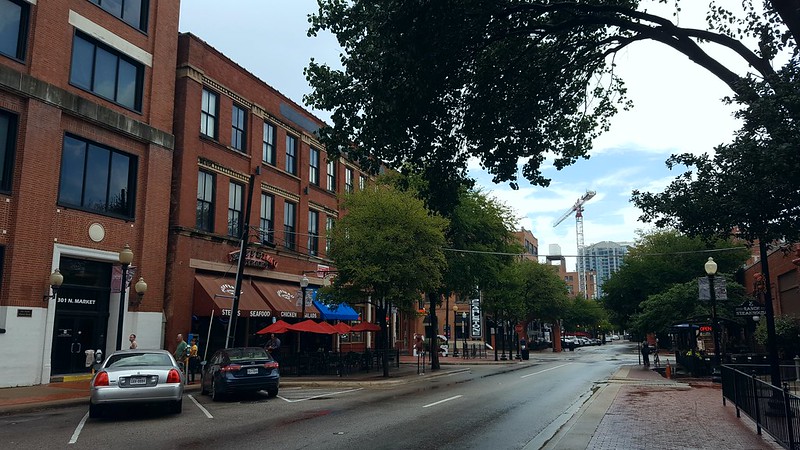 Don’t miss the West End when you visit Dallas. It’s a 10-15 minute walk from downtown down Elm or you can take the DART from farther afield.