Our road trips around Texas occasionally take us back in time, which is one of the reasons we enjoy them so much. Not long ago, we visited some East Texas towns and included the tiny hamlet of Jonesville for one special reason. That reason was the T. C. Lindsey & Co. General Store. Talk about a time machine! 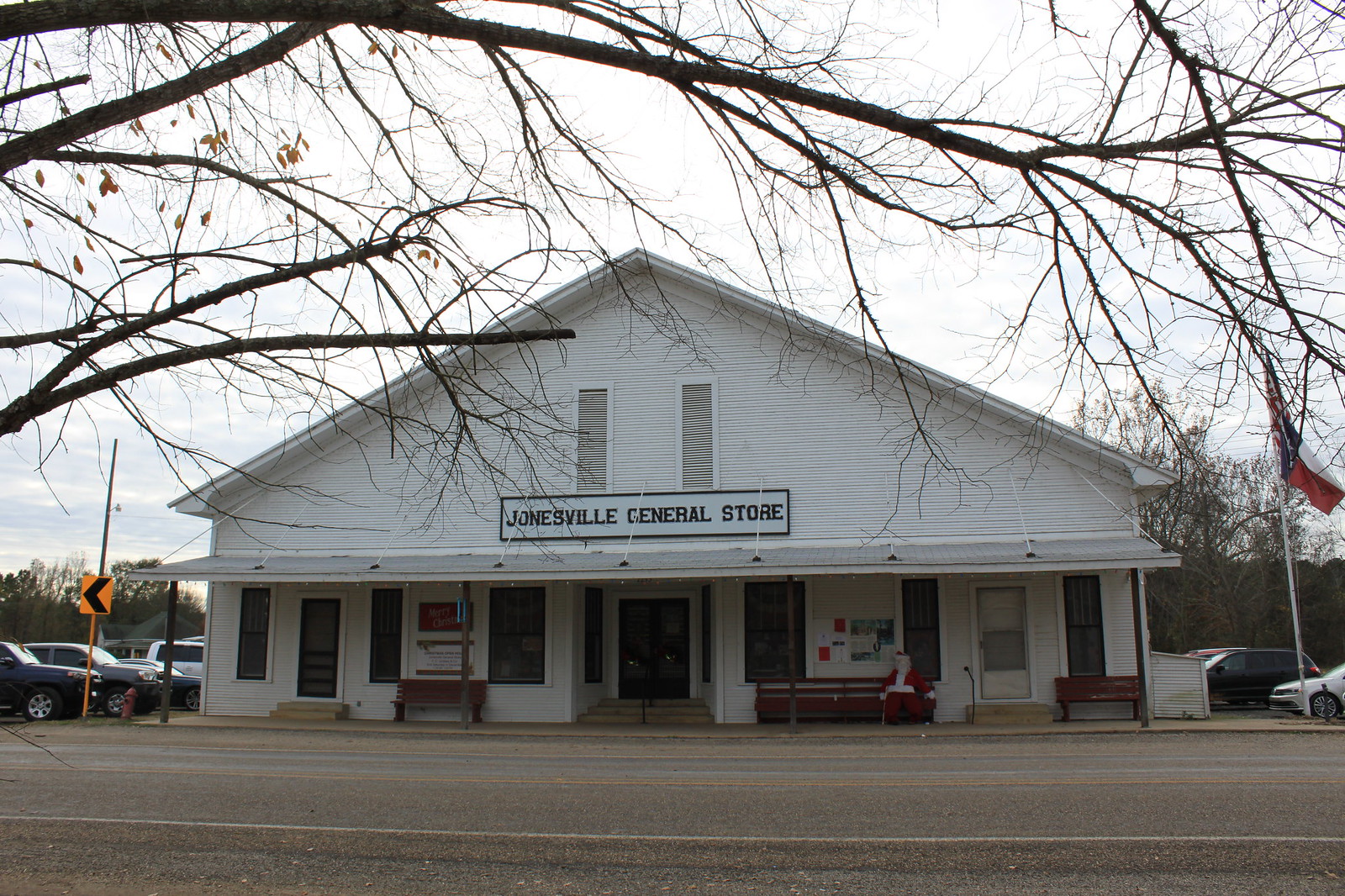 According to the 2000 census, the population of Jonesville amounts to a whopping 28 inhabitants. At its zenith, in the mid-1880s, 60 people lived here. There was a steam gristmill-cotton gin, which is still standing, and two general stores. Jonesville is located 20 miles east of Marshall, Harrison County’s seat, and about a ten-minute drive from the Texas-Louisiana border. 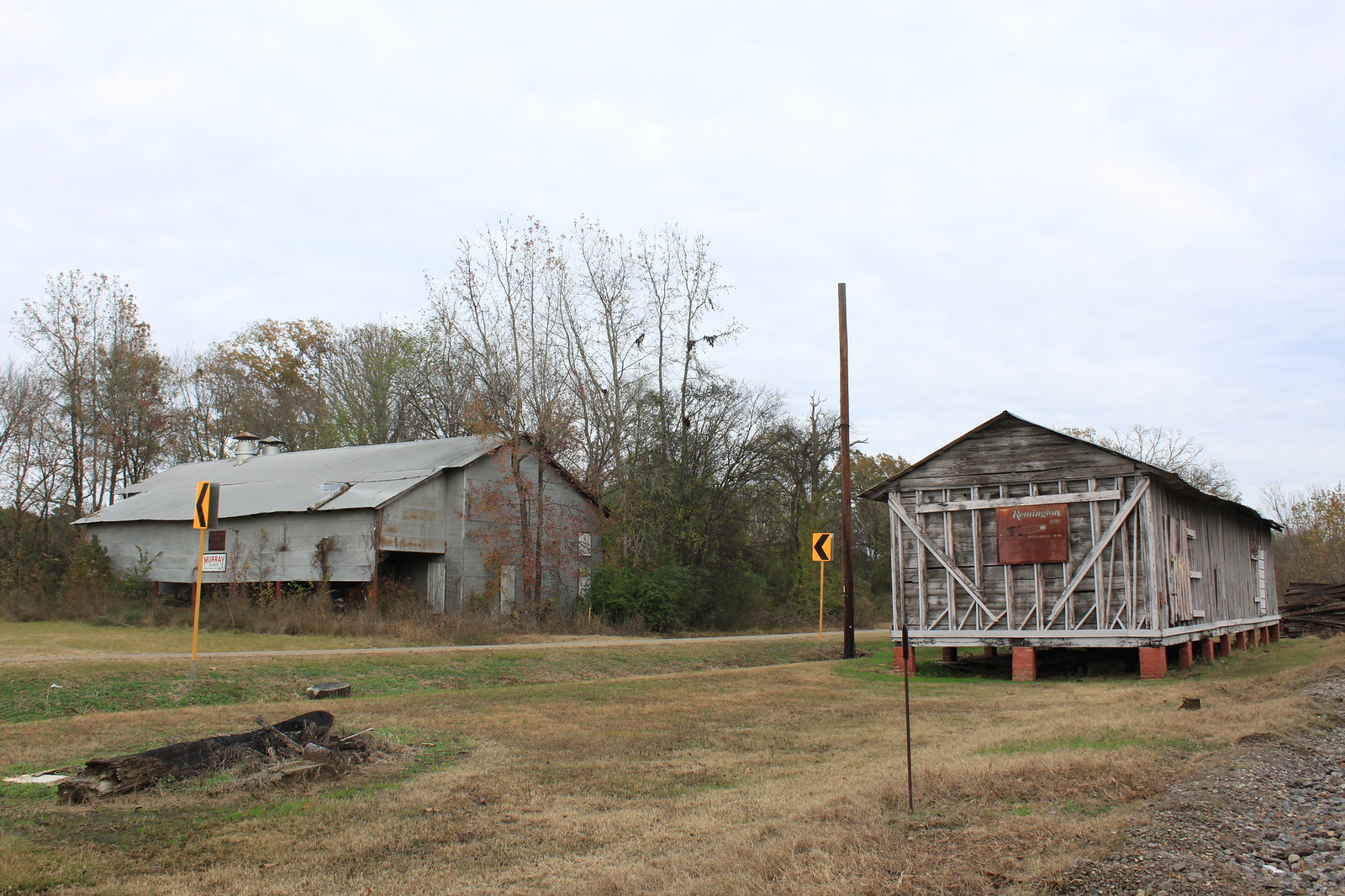 Although T. C. Lindsay & Co. has been in business since 1847, the current building dates to 1922. It is a mixture of regular country store and preserver of local customs and objects. Visitors can buy a pound of cheese, a vintage book or admire old-fashioned farm implements. Speaking of cheese, they keep the Wisconsin cheese in a vintage cheese holder and cut it with a hundred-year-old cheese slicer. 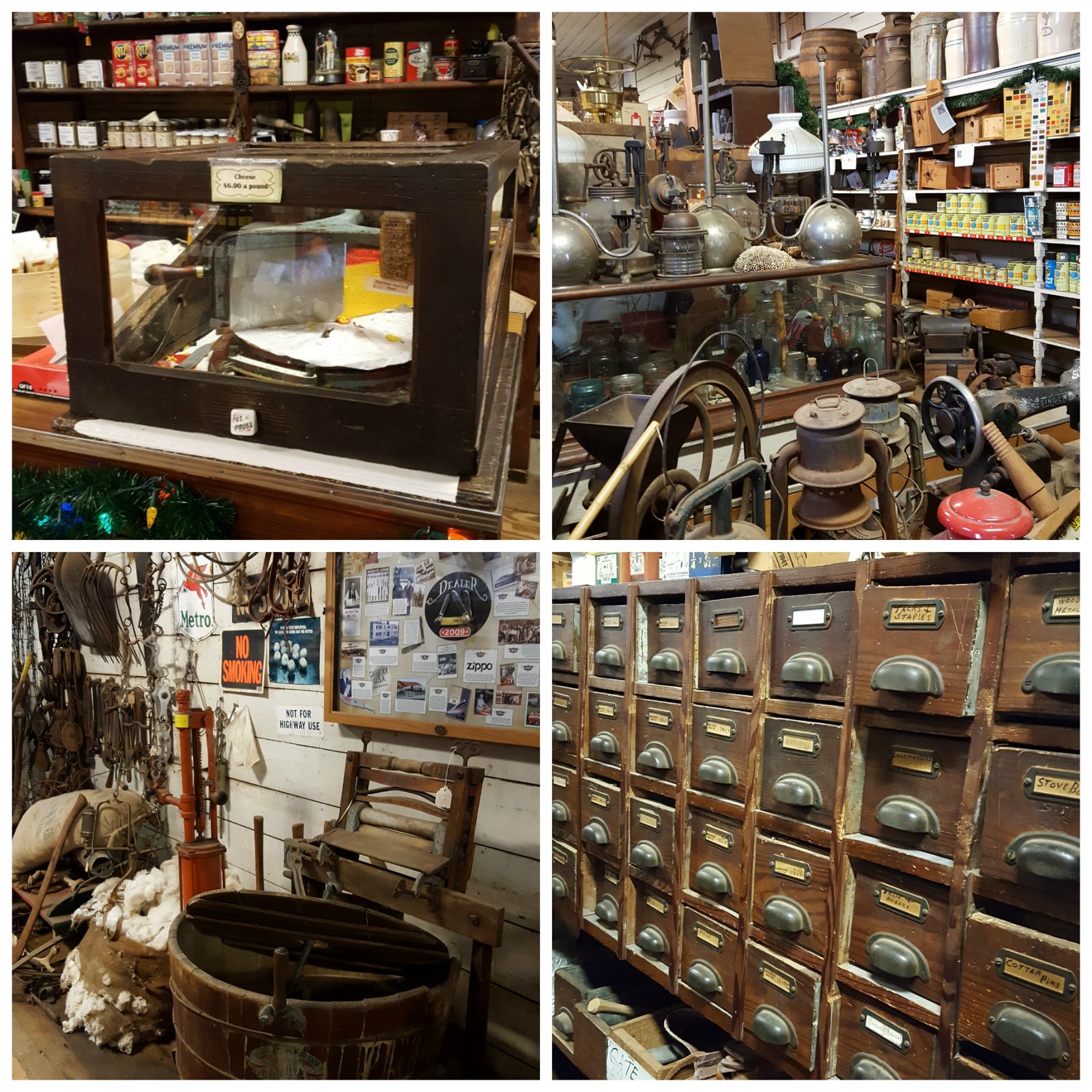 We visited the general store on an open day. We were lucky, according to the kind lady who greeted us; we came at the right time, it had been very busy earlier. The big barn-like structure is literally filled to the rafters with objects. Shelves bowed under the weight of preserve jars, clothing, dry goods, antique toys, tools, you name it. Some antique objects are for display only and some are for sale. 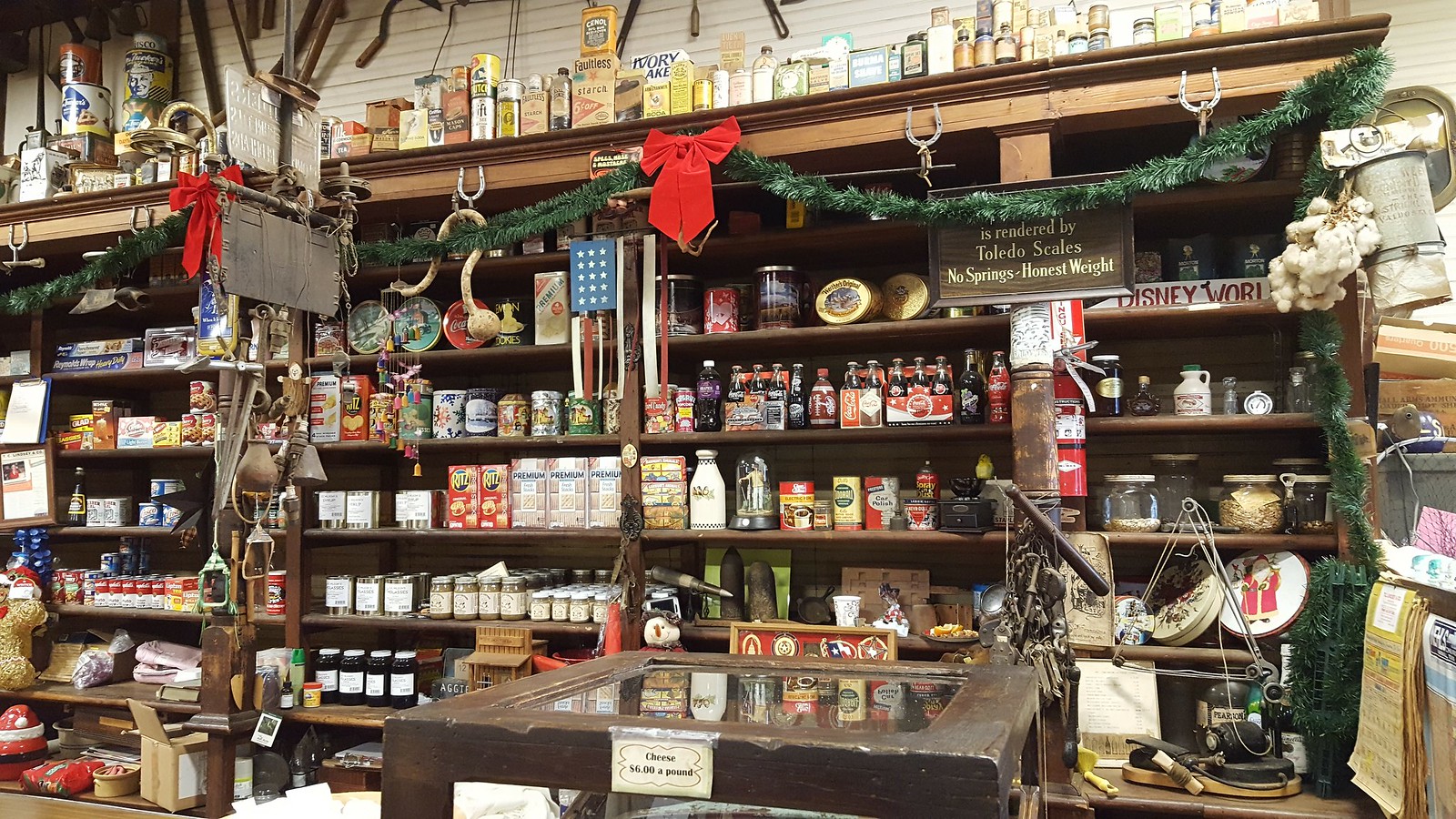 Two elderly ladies sat on rocking chairs in front of the ancient wood counter and ate cheese and crackers while reminiscing about the old times. 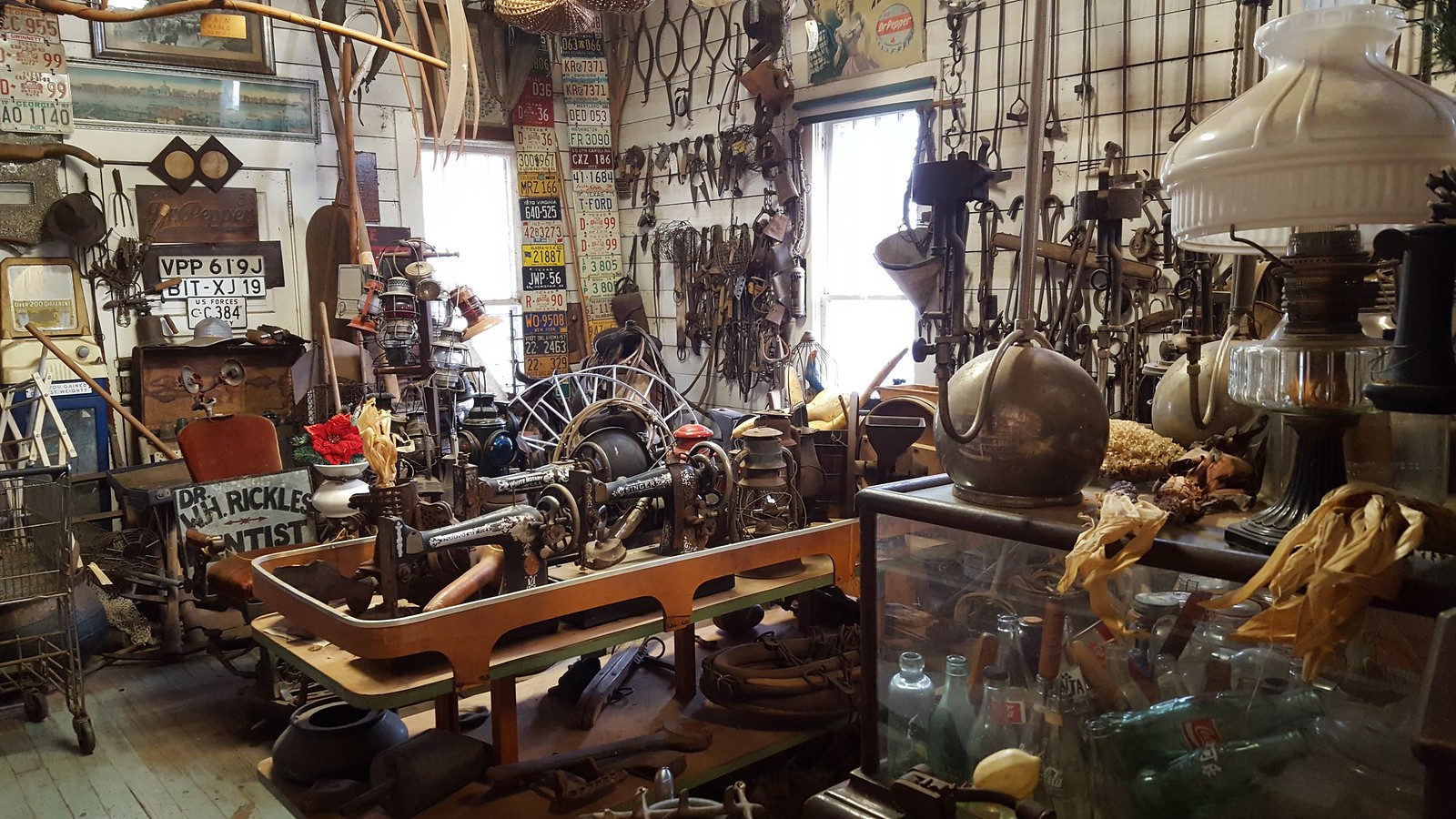