Anyone walking down Florida Street in a relative hurry might miss the entrance to Galería Güemes (Florida 165). Or rather, may see it and consider it uninteresting and not worth their precious time. However, I suggest they take the time to stroll along the galleria. It’s time well spent for those who love the Art Nouveau style.

Galería Güemes (pronounced GWEH-məs) is one of the most beautiful examples of Art Nouveau architecture in Buenos Aires. It was the idea of two rich business man from the province of Salta in northwest Argentina. They hired an Italian architect to design and oversee the construction of the galleria and the office and apartment building on top.  The ground floor mall has one entrance on Florida Street and another on San Martin Street.

Once inside, your eyes are inevitably drawn to the intricately ornate brass entrance to the cage elevators on either side of the corridor. From there, the eyes go on up to the magnificent ceiling and cupola. 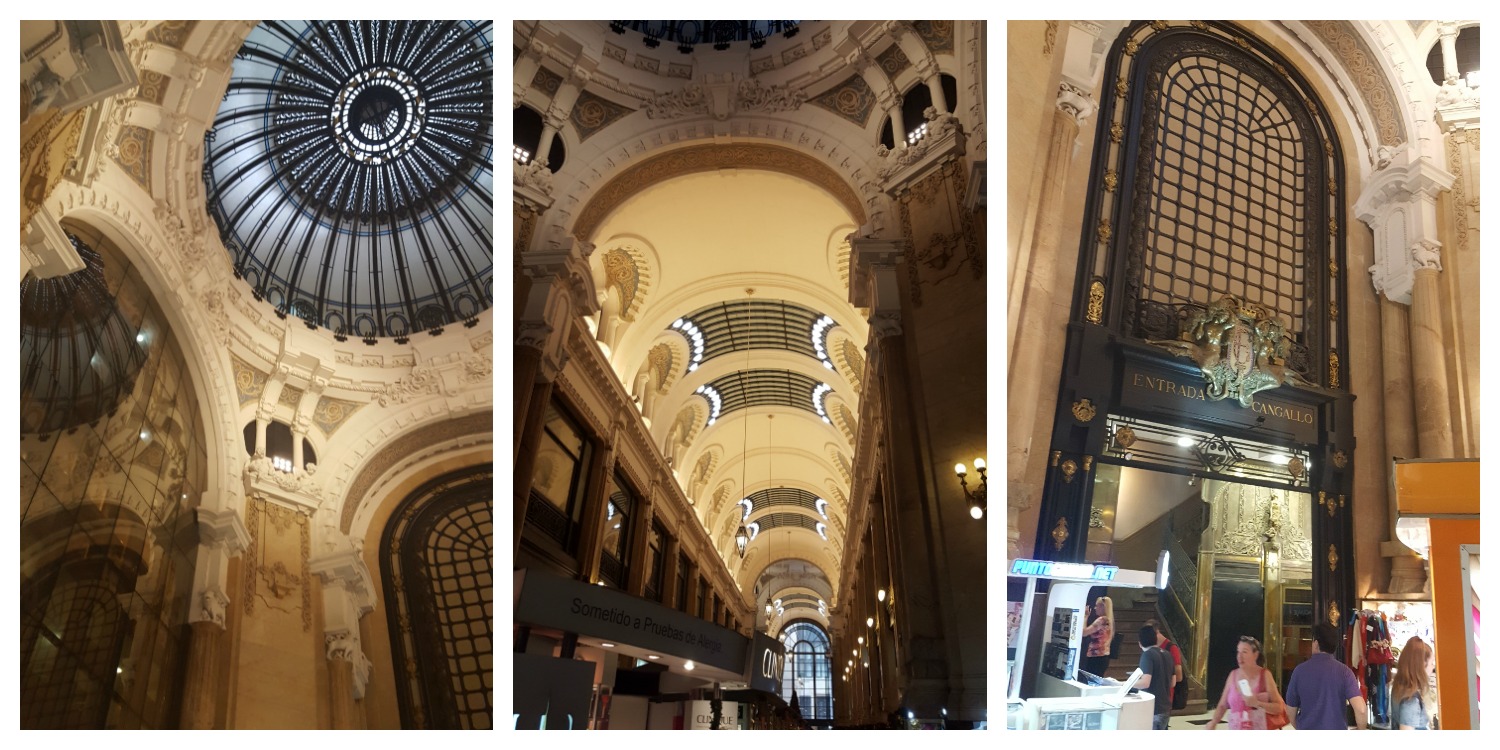 The small, free-standing shops in the middle of the corridor house anything from a beauty store to a supplier of stamps and sundry times. It has bene there since 1932. I wonder how many generations of office workers have used their stamps. 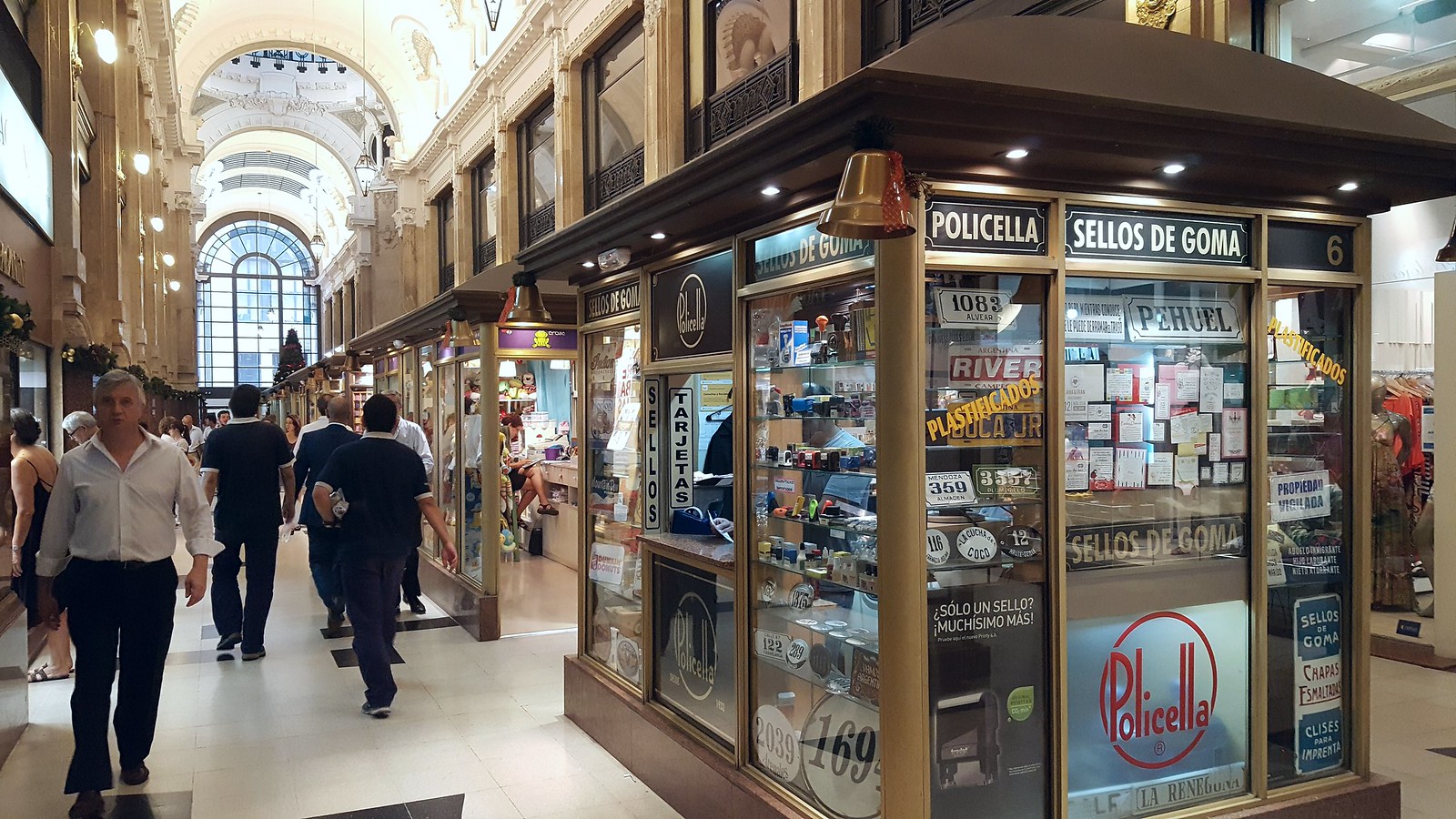 A short history of the Galería

It is said that the 14-storey building was among the first skyscrapers of the city. There is a functioning performance hall in the basement, shops at street level, offices between the first and fifth floors, apartments from the sixth floor up, and an observation deck on the last floor. Antoine de Saint-Exupéry, the author of The Little Prince, lived in one of these apartments. 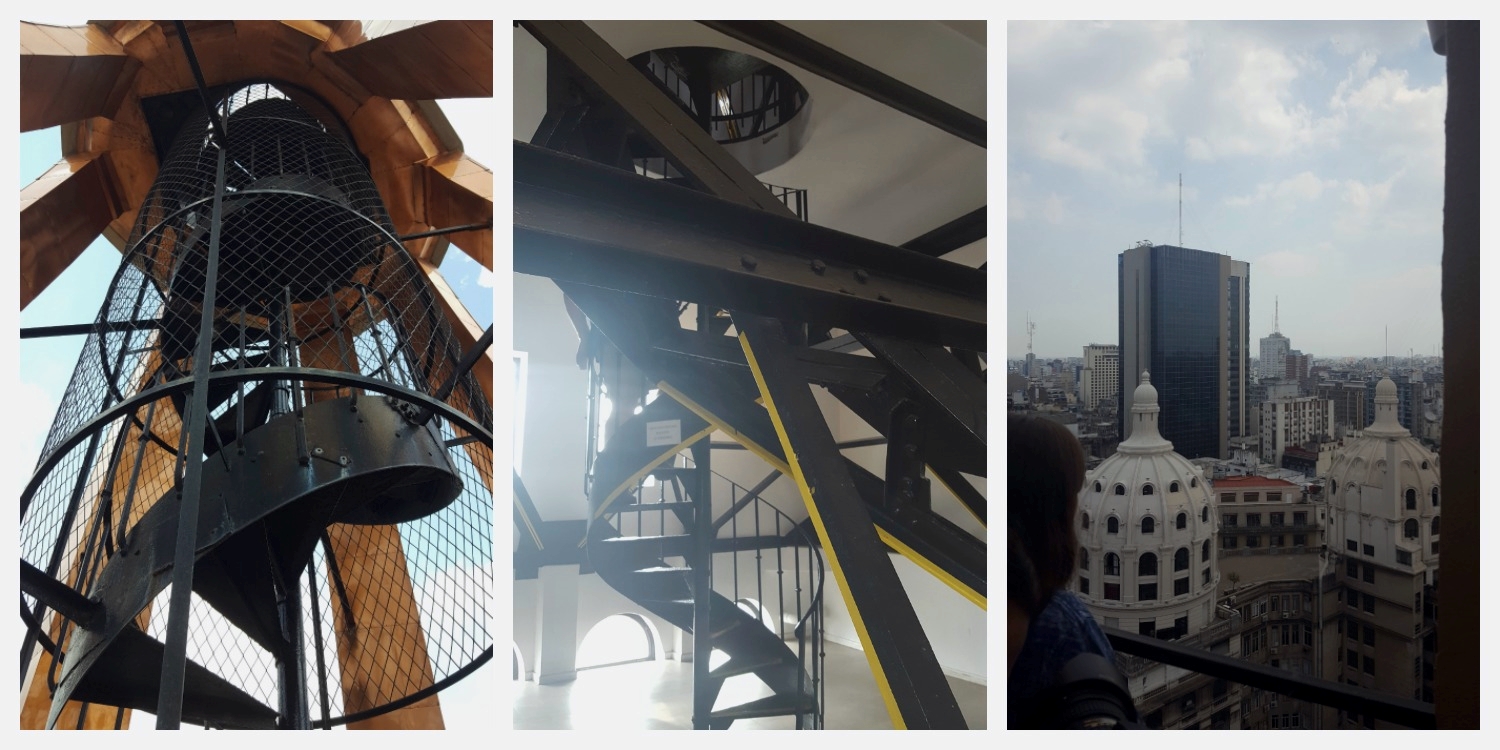 The observation deck on the 14th floor is open Mondays to Fridays from 9:30 am to 12 pm and from 3 pm to 5:30 pm. Visitors do not need to make reservations, just go to the Edificio Mitre elevators and take one to the top. The entrance fee is AR$50 at the time of writing (January 2017). Then, climb the metal spiral stairs to the deck, where visitors enjoy 360-degree views of Buenos Aires. 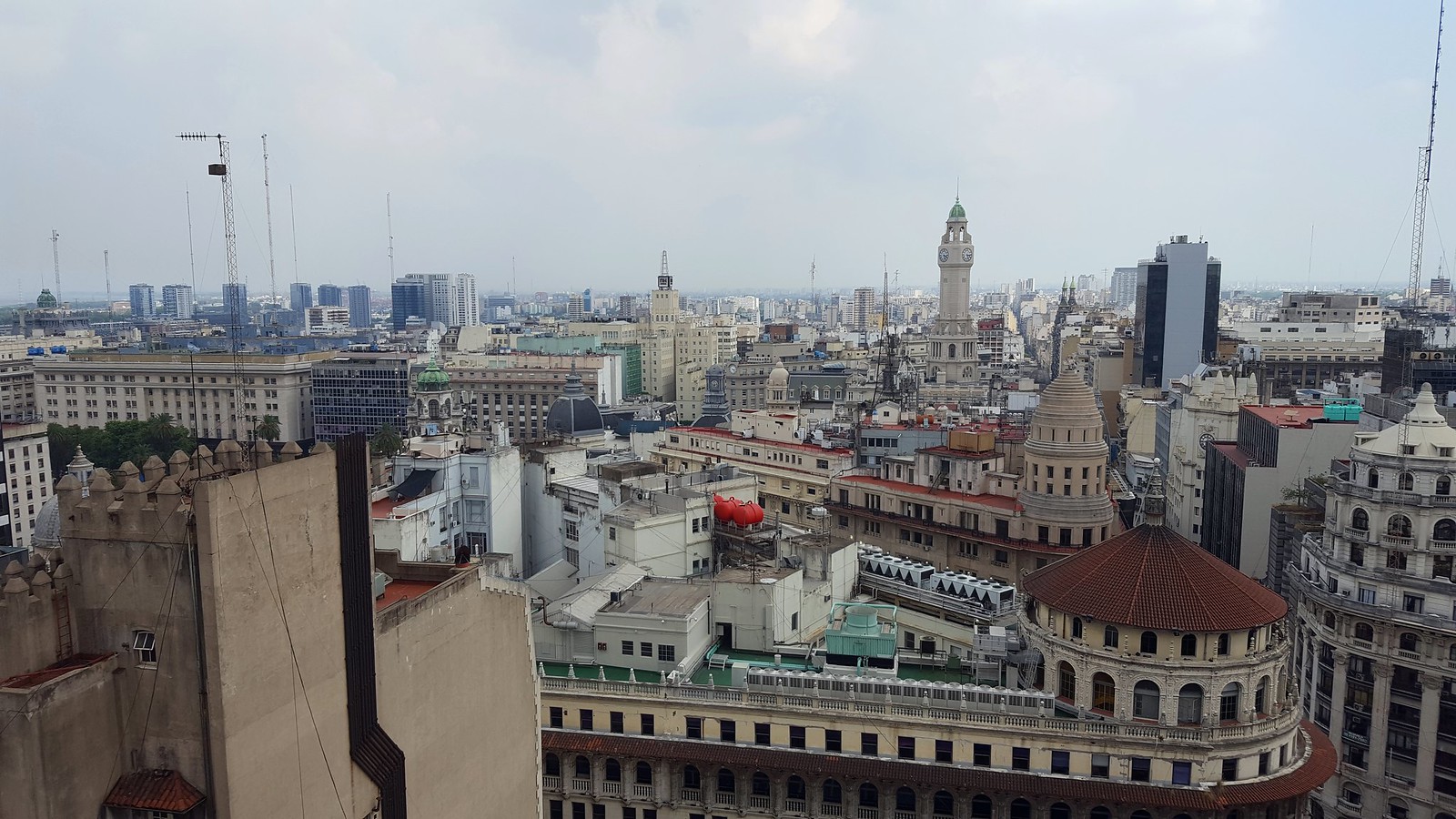 It is not a well-known attraction but it is well worth knowing!

3 thoughts on “Galería Güemes and the observation deck”