What do Alice and Ripon Cathedral have in common? At first glance, absolutely nothing. However, the link between the two is Rev. Charles Dodgson, also known as Lewis Carroll. His father served as canon here and Lewis Carroll came to visit his parents for weeks at a time. 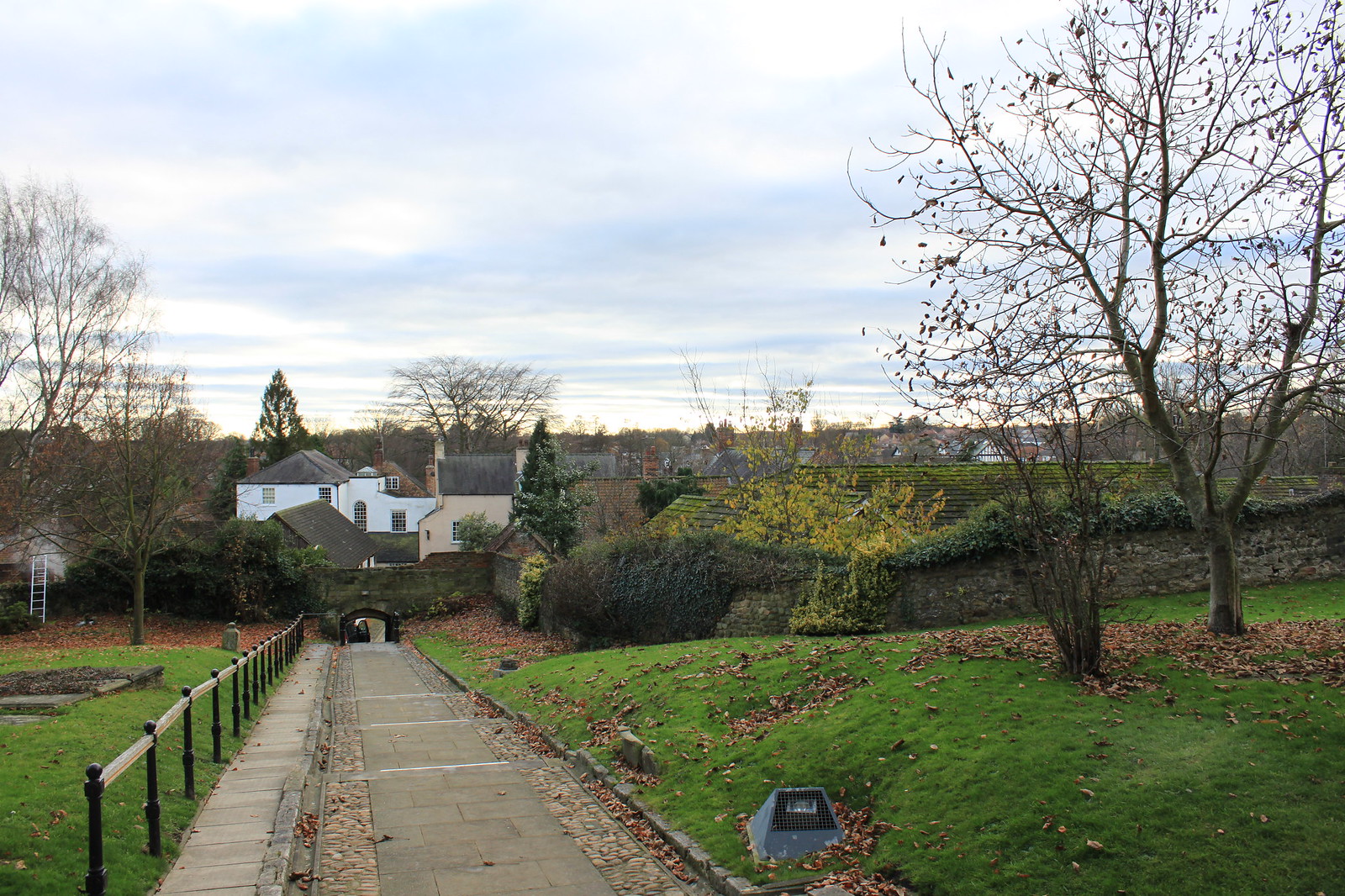 That’s not the end of it. It is said that an image carved on the ledge of a misericord (a seat for clergy in the quire) inspired the waistcoat-wearing rabbit of the opening scenes of Alice in Wonderland. Alice and her sister were sitting on the riverbank when a rabbit rushed past talking to itself. Alice followed him and went down the proverbial rabbit hole. Each misericord is carved with scenes from the Bible and folklore. The one we’re concerned with depicts a griffin (a mythical creature half lion and half eagle) chasing a rabbit, which it trying to jump into a hole. 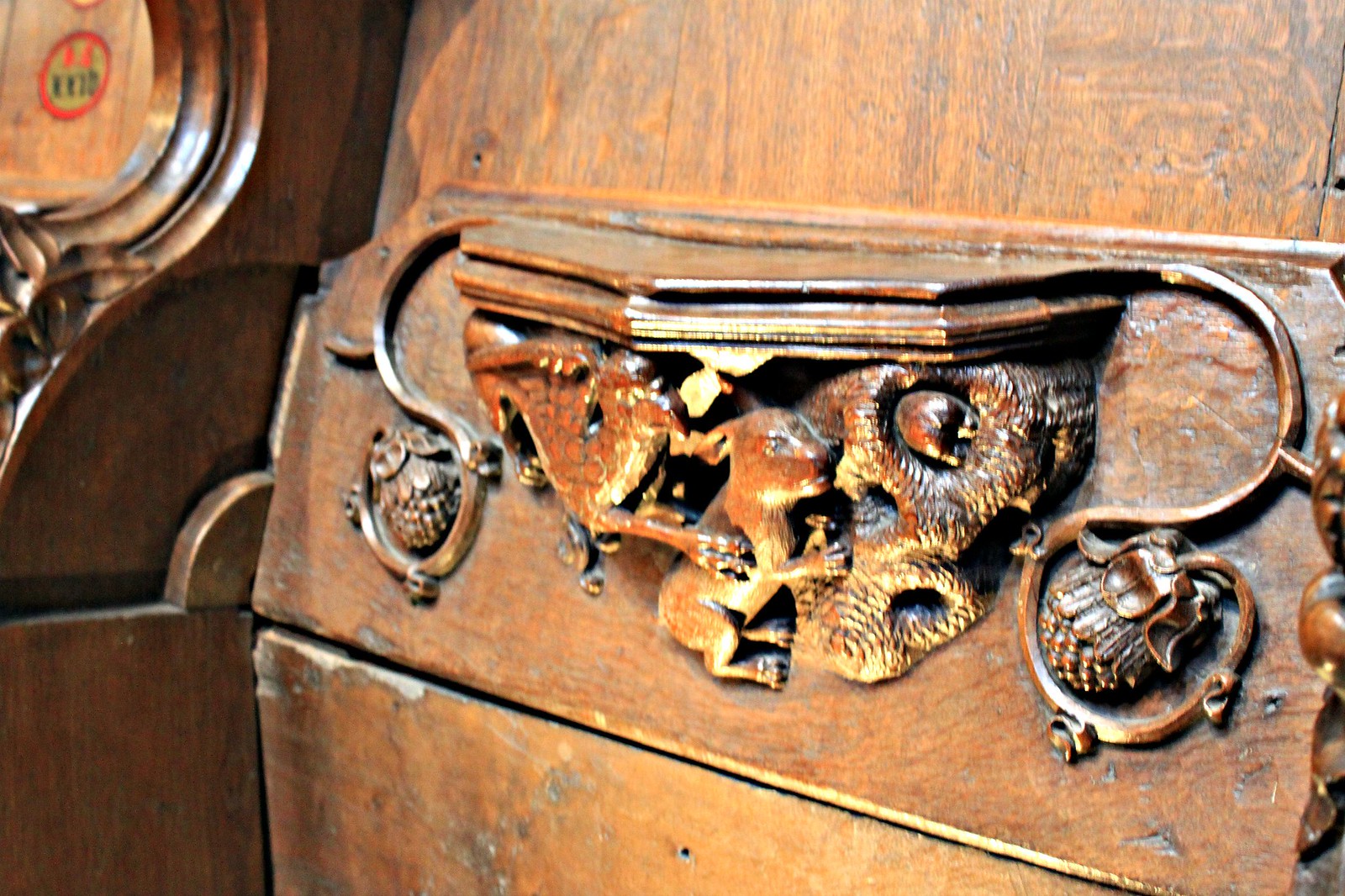 Just as Alice went after the rabbit, we, at my request, took a detour and went to the cathedral. Grey skies over grey stone, gargoyles’ blank stares, wet russet leaves fallen on the graves, the odd passer-by. This is how Ripon Cathedral welcomed us on this damp autumn day. 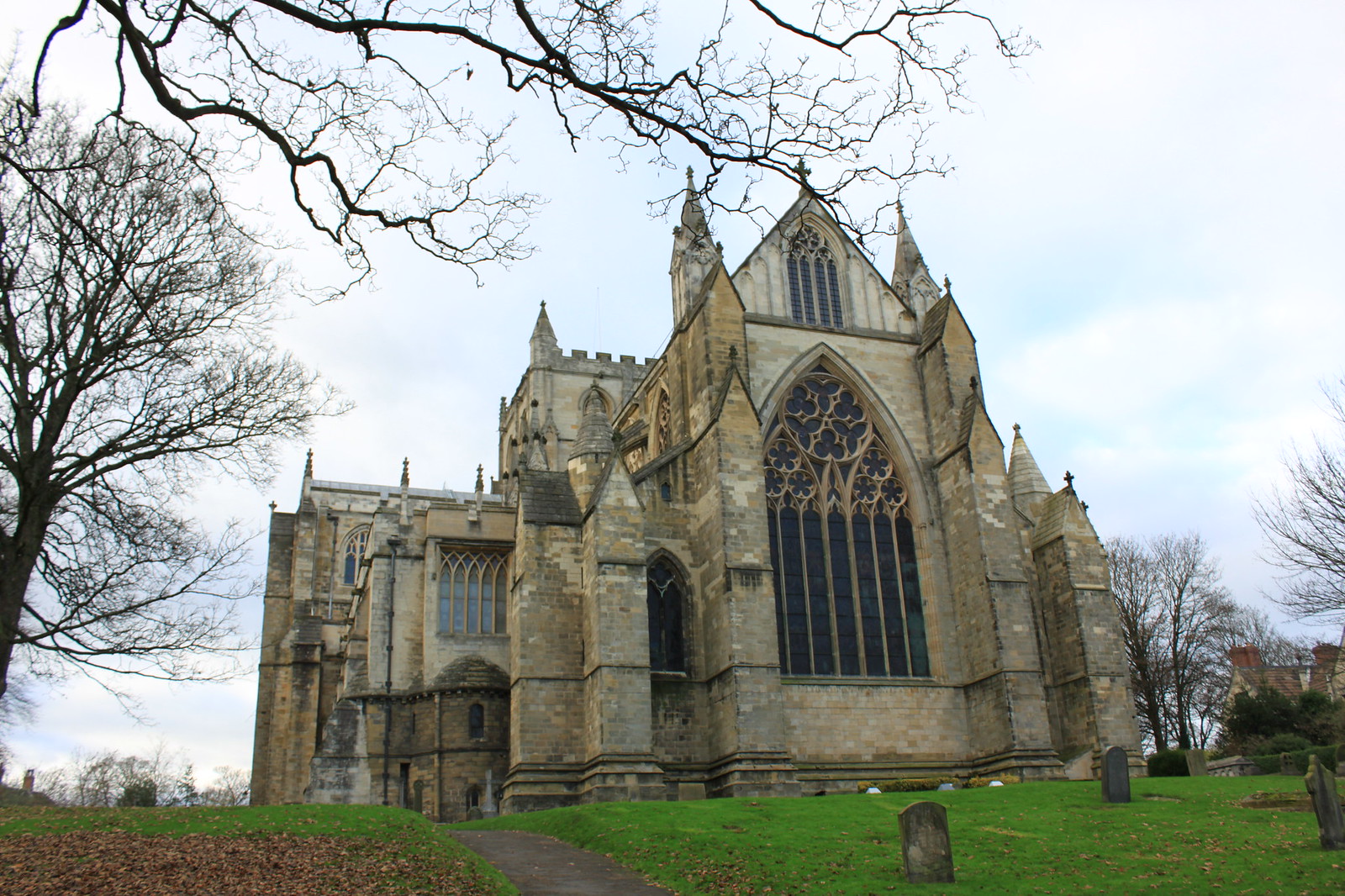 The cathedral was founded in the 7the century by St. Wilfred. At the time, this area was part of the Northumbrian kingdom. In the Middle Ages, Ripon was an important wool and textile centre. The cathedral went through a series of restorations and additions brought about by several disasters, such as collapses, the War of the Roses, the Dissolution of the Monasteries or the Civil War. Hence the eclectic style. Norman, Gothic, Perpendicular, Victorian and modern elements combine to make Ripon a unique building. 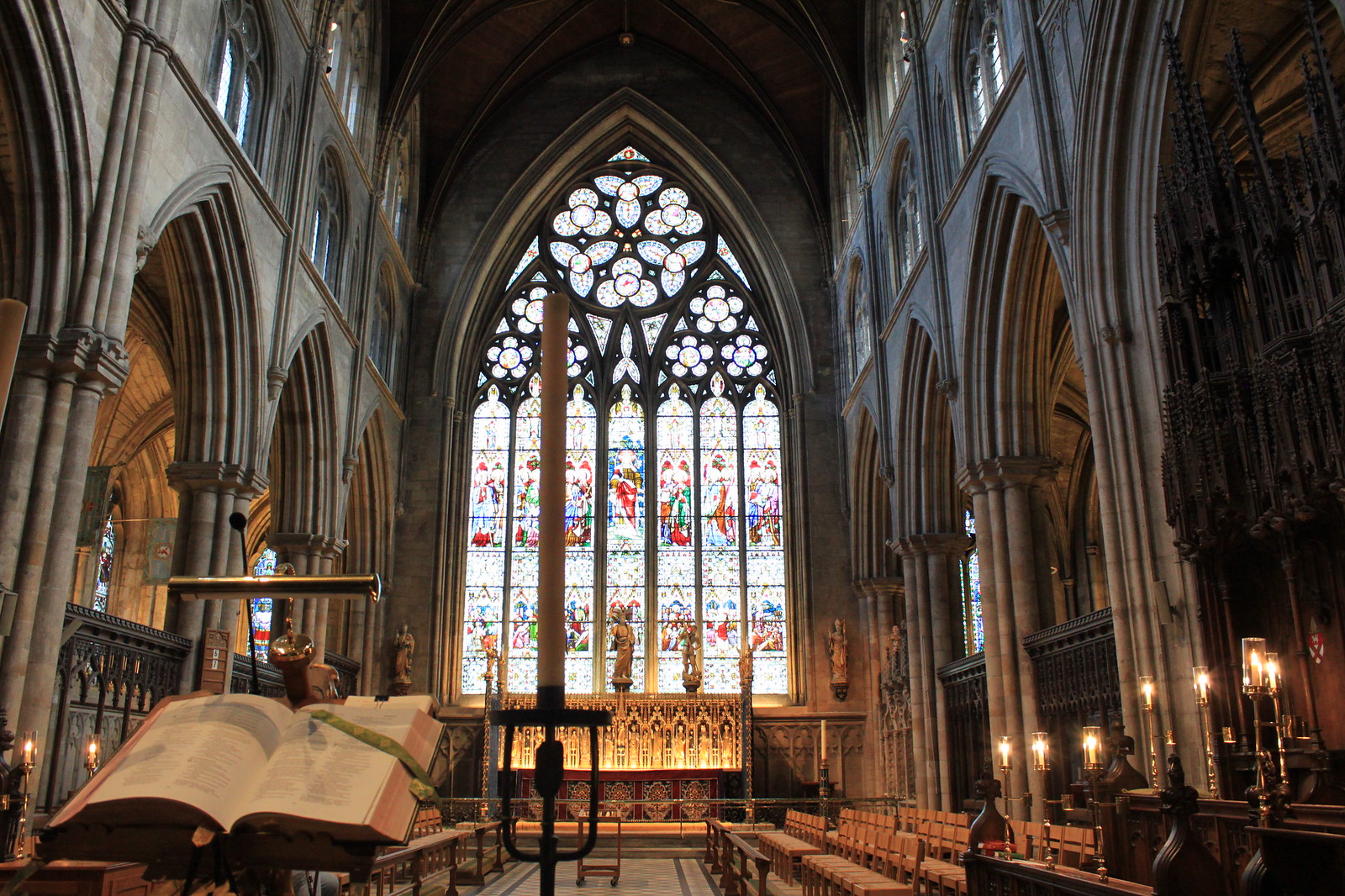 The only remaining original Anglo-Saxon bit is St. Wilfred’s crypt. I had to go down a very narrow winding staircase and walk through a passage that was barely wider than my shoulders, or so it seemed to me. Like a rabbit warren. The crypt consists of a small empty room with a vaulted ceiling and whitewashed walls. By the time I reached the crypt, I felt agitated. Underground narrow spaces make me very uneasy. It happens every time but I seem to forget as soon as I’m outside. Anyway, I wouldn’t want to miss the chance to see such a historic place.

St. Wilfred was a well-travelled monk. He often crossed the English Channel and brought back new ideas and techniques, even stones from Roman ruins that were used to build the crypt. The only new thing about globalization is the term itself, it seems.

Alice followed the Rabbit and turned up in a fantasy world. Our “rabbit” was my desire to visit another medieval cathedral, which I love so much. My “fantasy world” is the world of medieval history, art, and architecture. Ripon Cathedral treated me to all three.

6 thoughts on “Alice, Ripon Cathedral and I”