Don’t go out by yourself. Don’t take route taxis, better hire a private driver. Avoid certain areas, especially at night. These are some of the recommendations I heard about Kingston, Jamaica. Only one woman from a Facebook group said to take the same precautions I would take in any other city and not to overreact. 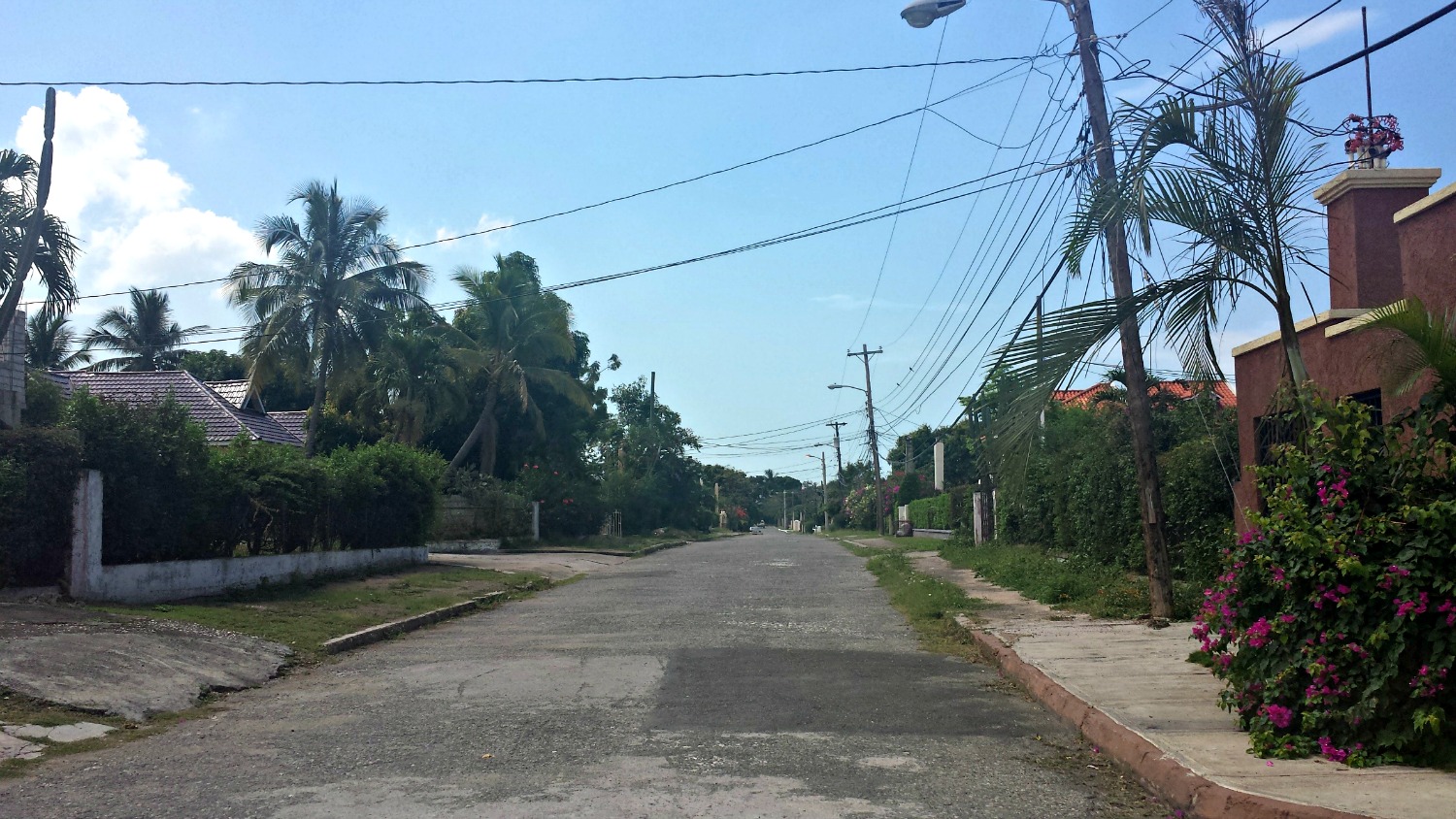 “Español?” “No.” “Let me come with you. I show you around,” a guy outside our apartment said to me with a lewd smile. Did he really think I would let him join me?

“Ay, niña, ven pa’ quí,” the squeegee men told me, and other propositions I don’t remember, as I walked past the swarm of them. Both in Spanish and in English.

This other guy on the bus didn’t need to utter a word. He stared at me while licking the air with his tongue. He leaned on the window and turned his head towards me as the bus pulled off. Fed up with this general behavior, I looked at him and made a throwing up gesture. But what if he got off the bus and went after me?

All this happened during my first 15 to 20 minutes in Kingston. No one hurt me physically but, for some reason, this harassment upset me. And then I was furious because I let it affect me. After all, I was used to taking the public transport at rush hour in Buenos Aires, an ideal environment for pickpockets and pervs.  All my life, random men have made unwanted verbal and physical sexual advances. I had to learn to defend myself, even physically, like the time I punched a guy who had squeezed my butt on the train. 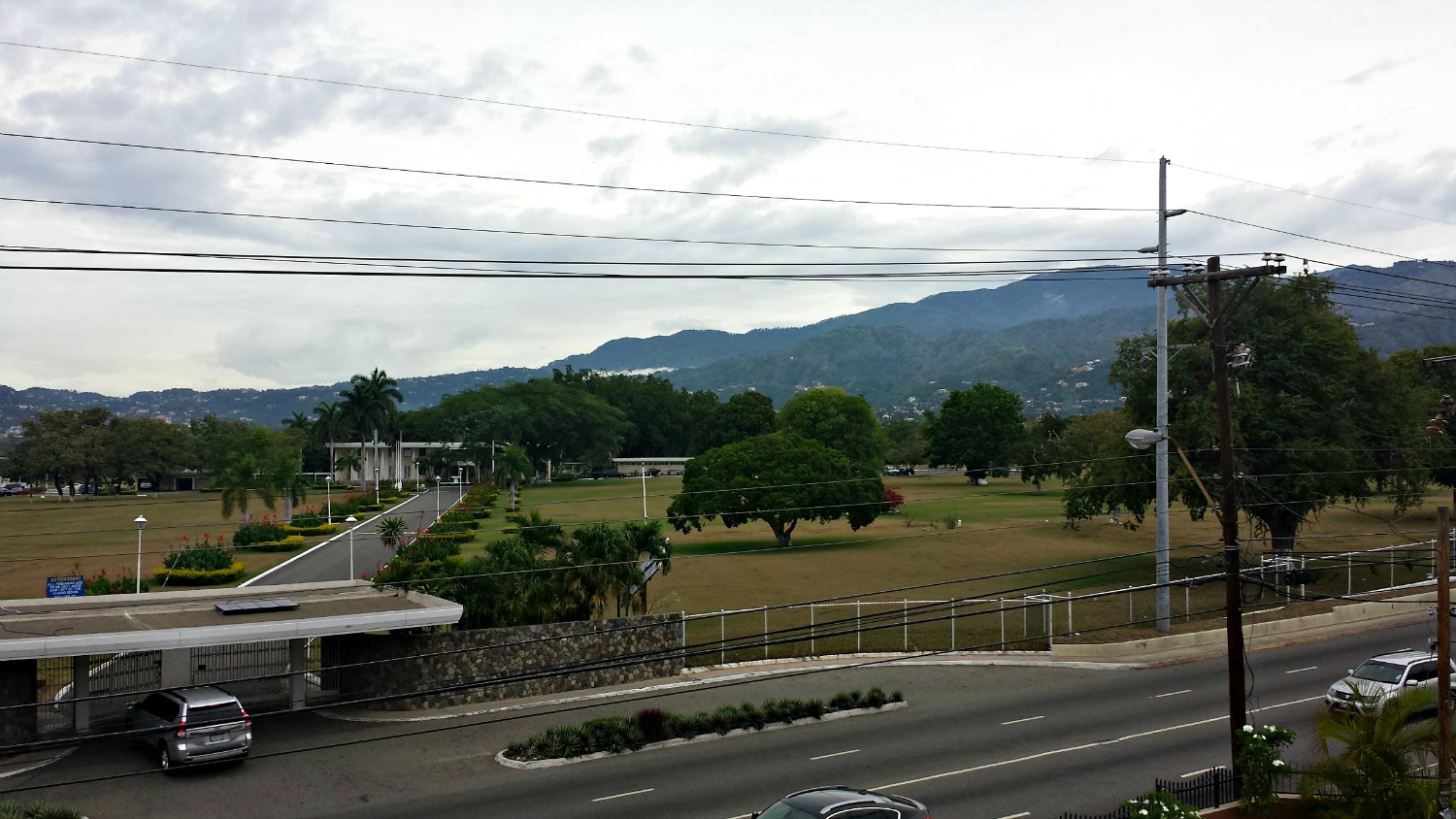 Why, then? Why did I feel so helpless? I think the reason is I am in a foreign city and I don’t know the codes. What if I talk back and they harm me? I felt the way I felt when I was 12 or 13 and a guy followed me in his car for several hundred yards. I didn’t know what to do. I ran back home and almost tried to kick down the front door. I was terrified. My mother tried to comfort me but, looking back, I think she was as scared as I was.

I told my husband and he talked to his work colleagues. “Do you let your wife go out alone??” The women in the office were adamant that I should take a private taxi* every time I wanted to go somewhere by myself.

Despite the ominous advice, I went out alone. I wasn’t going to take a taxi for the few blocks to Devon House. Our apartment is across the street from the Prime Minister’s residence in the New Kingston area. There are heavily armed soldiers at all times. What can go wrong? A lot, it seems. Every house has iron grills on the windows, burglar alarms, guard dogs and even sometimes razor wire on top of the perimeter walls. Armed guards watch parking lots, shopping complexes and private and public buildings. 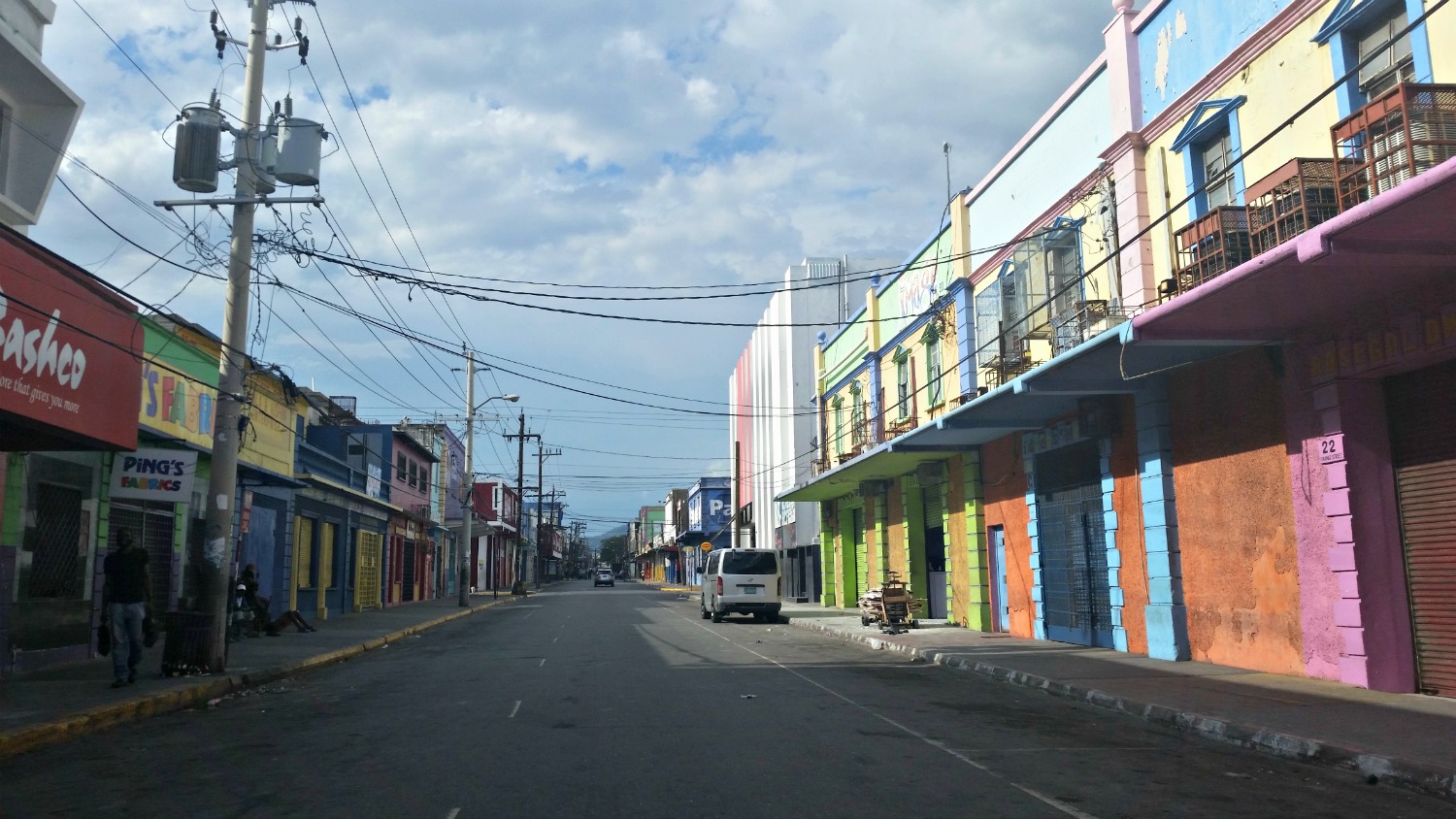 //embedr.flickr.com/assets/client-code.jsDowntown Kingston on a Sunday morning

I admit that Kingston didn’t leave a good first impression. Traffic is chaotic, motorcycle’s zig zag among cars, taxis stop willy-nilly -even in the middle lane-, drivers beep their horns constantly and some put loudspeakers on the roof of the car and crank the music up. Sleeping at night is a challenge. Downtown Kingston looks rundown and neglected, like it’s given up.

However, I love the local food, the tropical fruits are sweet and juicy, the view of the mountains is magnificent.

We travelled outside the capital and the interior is very peaceful. We stayed in Treasure Beach, where the pace of life slows down considerably and is focus on community tourism. I loved it. 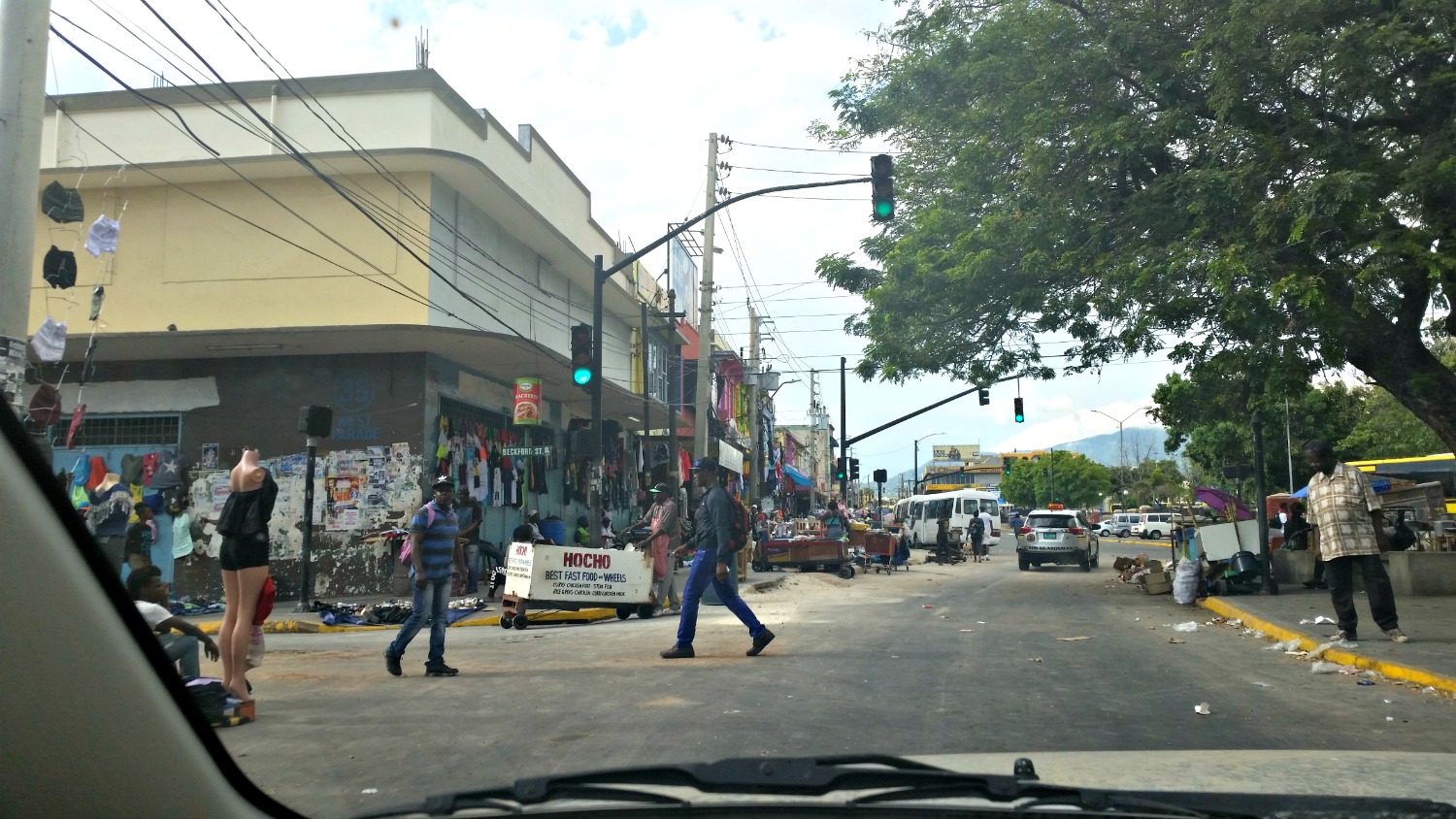 Stay tuned for posts on the places we’ve visited outside the capital.